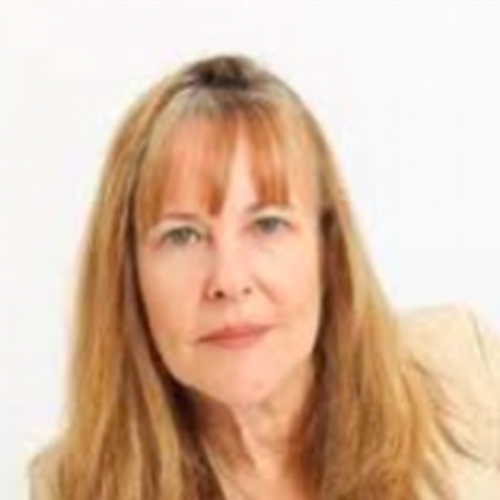 Author of nine books including Fabulous Female Firsts: The Trailblazers Who Led the Way, Great Second Acts: In Praise of Older Women, Women Who Launch: The Women Who Shattered Glass Ceilings, and Still I Rise: The Persistence of Phenomenal Women.

Talks covered by this speaker

Great Second Acts: Get Inspired by the grit & perseverance of famous career changers

The frigidity of the Torontonian winters-not to mention shyness-led to becoming a life-long bibliophile. And, like most voracious readers, at the pinnacle of my bucket list was the dream of seeing my name on the spine of a book. However, until I could pen the Great Canadian Novel, there was the matter of economic survival. After reading The Great Gatsby, I decided to become an English teacher, and to that end, attended York University where I received an Honors B.A. followed by teacher’s college at The University of Toronto.

I made the great sacrifice of leaving my winter wonderland when I moved to San Diego and currently am an English teacher in National City, California. I always tell my students that dreams do not just have to be for sleeping and several times, in the quest to pursue my own, I sent out my novels to literary agents. The result: enough rejection notices to wallpaper my home. And then serendipity stepped in.

In 2008, I read Peyton Place and became intrigued by its Dedication Page: To George for all the reasons he knows so well. I turned to Google and discovered that George was Grace Metalious’ long-suffering husband, and their marriage was as tempestuous as the ones in the novel. I then had my Eureka moment—a book that explored the backstories of the world’s literary masterpieces.

Fired with enthusiasm, I told my husband my idea, and he responded, “Don’t think you're quitting your day job.” Undaunted, I sent out query letters, and after signing up with a literary agent, three days later I had a contract with Penguin Publishers. One of the great moments of my life was seeing Joel’s jaw drop when I showed him my advance check.

Currently, I am working on my 10th book and still have my day job.

We use cookies This website (and some of its third-party tools) use cookies. These are important as they allow us to deliver an exceptional experience whilst browsing the site.